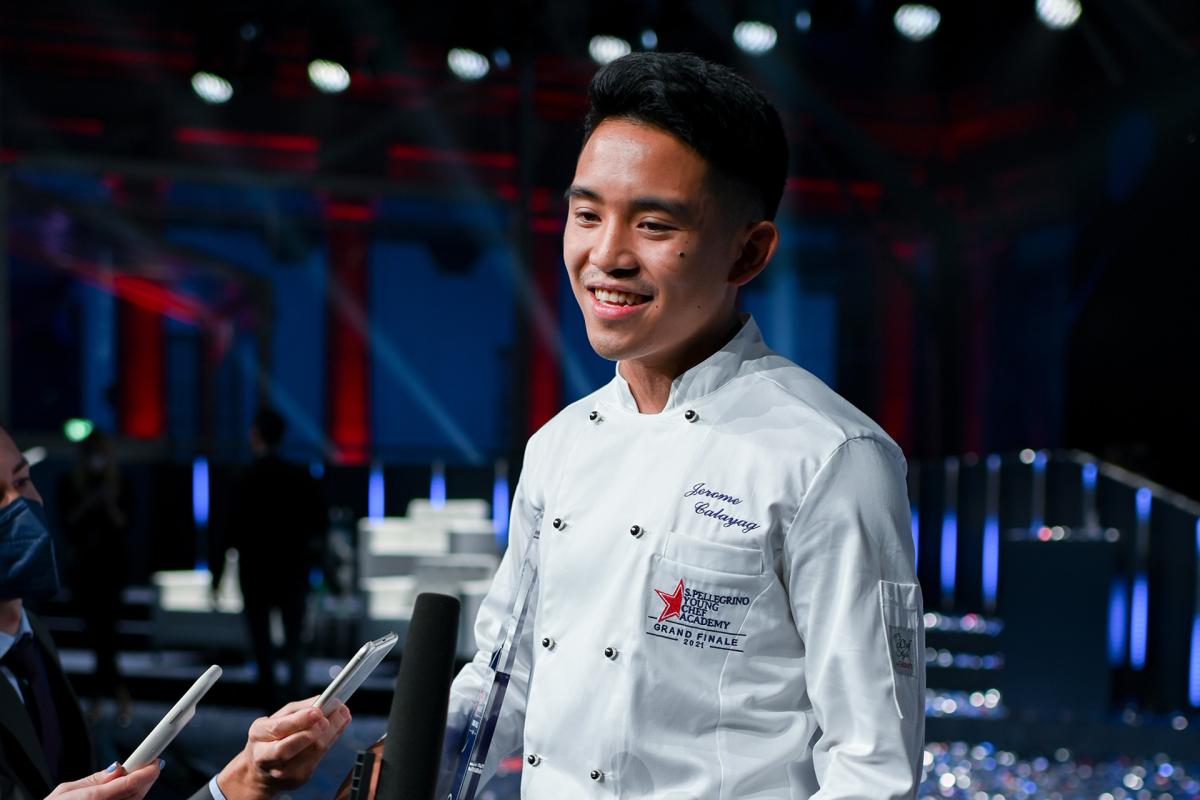 Philippine chef Jerome Ianmark Calayag, representing the United Kingdom and Northern Europe, has become the winner of the S.Pellegrino Young Chef Academy Award 2019-21, the final of which was held in the city of Milan at the end of October. His signature carrot plate "Humble vegetables" wowed the jury with "his choice of ingredients, his skills, his genius, the beauty of the dish and the message it contained."

In an interview, Calayag commented that he chose to display a vegetarian dish because that is what he likes to cook and eat. "I think everyone should cook and eat more vegetables," said the young chef. While other chefs have leaned towards plant-based menus after the pandemic, Calayag first created its flagship dish in 2018. “The pandemic has not changed the way I think about food, it has amplified my belief in what I do and what I can affect”, he expressed.

In addition, three new awards were presented for the first time: Elissa Abou Tasse with "Adam's garden" is the winner of the Acqua Panna Award for Connection in Gastronomy, which seeks to recognize the ability to create a signature dish that expresses heritage and unifies cultures. Callan Austin, with his "The Phantom Network", has received the S.Pellegrino Award for Social Responsibility, and was selected by Food Made Good, an organization dedicated to sustainability in the restaurant industry throughout the world. And finally, Andrea Ravasio with his “El Domingo Del Campesino” has been awarded the Fine Dining Lovers Food for Thought Award, which recognizes the chef who best represents his personal philosophy in his star dish.

S.Pellegrino Young Chef is one of the main activities of the S.Pellegrino Young Chef Academy, and its aim is to support gastronomy on its way to the future. To do this, talent is sought around the world and specifically supported with training and a mentoring program. According to the company, several hundred chefs entered this year's competition, of which 135 applicants qualified for the preliminary round, and 12 for the final round, until a single winner was obtained.